Often we hear that personal responsibility is central to tackling the climate emergency, but what happens when the choices we make are so often governed by the systems in which we live? Self-confessed eco-hypocrite Sami Grover says we should do what we can in our own lives, but then we need to target those actions to create systemic change. Today, we share an excerpt from We’re All Climate Hypocrites Now: How Embracing Our Limitations Can Unlock the Power of a Movement on what he means when he uses the term hypocrite.

“You can’t be an environmentalist and eat meat,”
says the vegan as he steps onto the plane.

“You can’t possibly live sustainably and drive a car,”
says the cyclist as she tucks into a burger.

“You can’t be green and not compost,”
says the gardener as they plan an extension to their house.

Anyone who has been involved with modern, mainstream environmentalism will be familiar with the selectively applied purity test. Sometimes the gatekeeping is explicit, and sometimes it’s implied. Sometimes we even imagine it as coming from people who have no intention of judging us at all, but who are simply doing a better job than we are at reducing their own environmental impact. Whatever the delivery mechanism, it’s become so pervasive that it has shaped the conscience of those who don’t really consider themselves environmentalists at all. Given the market demographics of folks who read books like this, you are most likely familiar with the predicament that such framing can cause.

On the one hand, you know that we are in the midst of perhaps the worst crisis humanity has ever faced, and you are rightly concerned. On the other hand, you are likely spewing significant amounts of carbon dioxide into the atmosphere every single day. Indeed, while my fantastic publisher does what they can, production and distribution of this book itself—whether you are reading it in electronic or print form—is only made possible by the consumption of fossil fuels and other natural resources.

So what’s a concerned global citizen supposed to do?

For all the great work being done around the world, there is a basic assumption pushed by the dominant culture that a person’s contribution to the climate fight is largely, if not exclusively, measured by their personal carbon footprint. Say one word about the climate crisis, or the need to divest from fossil fuels, and you’ll soon be met with a question about how you traveled to work today, or where the electricity powering your computer comes from. Even if you are just beginning to learn about the issue, there’s a good likelihood that you’ve received more advice on changing your diet, refusing straws, or abandoning consumerism than you have on activism, advocacy, or organizing. In other words, you’ve been told how not to contribute so much to the problem, but not necessarily how you can be most effective in actually fixing it.

In many ways, the problem stems from a logical reading of the crisis we are in. Whether through driving or flying, eating a burger or streaming movies, we—meaning those of us enjoying at least a moderate level of material comfort—are all contributing to the climate crisis. And if it’s our daily lifestyle choices that make us a part of the problem, then maybe we just need to make better choices. After all, if we don’t put our own house in order first, aren’t we basically just climate hypocrites if we start pointing the finger at the Koch Brothers or Exxon Mobil?

Well, it all depends on what you mean by “hypocrite.”

What Does ‘Hypocrite’ Even Mean?

In a fascinating paper published in the journal Frontiers in Communication, a team led by Shane Gunster of Simon Fraser University in Canada looked at how terms such as “hypocrite” and “hypocrisy” show up in coverage of the climate crisis. Analyzing op-eds from both conservative and liberal newspapers around the world, what they found was a remarkable diversity of uses. On the one hand, opponents of climate action would often use allegations of hypocrisy as a cudgel to undermine celebrity activists and “elite” environmentalists whose ideas they opposed. Over time, such arguments have created a tricky dilemma for the climate movement:

This one-dimensional but compelling equation of environmentalism with sacrifice leaves climate advocates in a proverbial no-win situation when it comes to reconciling behavior with beliefs. As author Lynas (2007) wryly observed in a Guardian op-ed, “climate activists I know who do walk the walk (eschewing all flights, for example) look prim and obsessive, as if they are out of touch with the concerns and pressures faced by ordinary people.” Yet the views of those who do resemble “ordinary people,” and therefore fail to pay adequate behavioral homage to the gravity of the crisis, are likewise subject to ridicule and dismissal.

However, opponents of climate action aren’t the only ones engaging with the topic of hypocrisy. Gunster and his team also found plenty of articles from pro-environment voices too, many of them exploring the all-too-familiar gap between activists’ professed values and their everyday behaviors:

The most interesting and provocative explorations of climate hypocrisy were those which simultaneously accepted the claim that individuals do bear (some) responsibility for their carbon-intensive behavior (rather than simply deflect such claims to structures and institutions) but then challenged the assumption that such responsibility is best (and solely) discharged through consumer action.

It is these, more nuanced discussions of hypocrisy that I believe offer us a path forward. And they do so by pointing to one of the biggest fallacies of our culture.

Rational Choice Is No Choice At All

Economists and politicians have been mythologizing the “will of the market” as a mysterious, all-knowing force for years. Yet the supposedly rational choices we make are heavily influenced—if not quite predetermined—by factors that are way outside of our own individual control. As my friend David Monje, a teaching associate professor of Media and Technology at the University of North Carolina, put it to me when we were discussing an early draft of this book, “Rational choice theory is really, really stupid.”

From taxes to planning laws, and from government subsidies to cultural norms, our society makes certain behaviors easy, cheap, and socially acceptable. Meanwhile, it makes other behaviors so expensive and onerously difficult that only the hardest of the hardcore among us can even hope to stay on the straight and narrow. Sure, each of us plays a role in setting these systems and norms. It’s undeniable, however, that some forces—and some entities—play a larger role than others.

Unless we acknowledge and seek to change the hidden ways that society shapes our decisions, then focusing the discussion primarily on the choices that each of us make in our daily lives is not just ineffective, it’s potentially downright counterproductive.

Perhaps nobody has had their work more fundamentally undermined by our culture’s limited, individualistic framing of environmentalism than former Vice President Al Gore. When his documentary, An Inconvenient Truth, premiered in 2006, it dramatically raised awareness of the climate crisis and brought in $49.8 million at the box office. Using little more than a PowerPoint presentation, the film introduced climate science to a mainstream audience. Yet rather than grapple with the complex, terrifying facts presented in the film, critics were quick to change the subject.

One free-market think tank, for example, released a report claiming that Mr. Gore’s house used 20 times more energy than the average American family home. And while Al Gore’s spokespeople responded with statistics about his carbon offsets and energy-efficient renovations, the distraction campaign had already worked. Discussion had shifted from the systemic underpinnings of our reliance on fossil fuels and was instead now focused on the personal choices of one specific individual.

“Al Gore’s Inconvenient Truth: a $30,000 Energy Bill,” cried one particularly snarky headline from Jake Tapper over at ABC News.2 Shaming activists for what they are not doing has proven to be devastatingly effective. Not only does it undermine the credibility of the immediate target, but it simultaneously redirects the focus away from the societal-level solutions that could bring about change at the scale and pace that’s necessary.

It also sets the bar almost impossibly high for others who would like to join the movement. How can I, as an individual, demand an end to fossil fuels if I still rely on them to get me to and from work? Who am I to question subsidies for airlines, if I’m still flying to see the family at Christmas? Yet if we pause for a moment to consider how we talk about other societal problems, it becomes easier to see that the basic premise of such supposed hypocrisy is self-defeating bullshit.

If a citizen were to advocate for higher taxes on cigarettes, for example, it would hardly undermine their argument to reveal that they themselves were addicted to nicotine. In fact, it would be one more proof point among many that we can’t rely on voluntary abstinence in the face of a socially harmful and manipulative industry.

To cite another example, if a billionaire were to campaign for higher taxes on the rich—as some enlightened “One Percenters” have actually begun to do—then their case is strengthened, not weakened, by the fact that they can’t fix poverty through their own individual acts of philanthropy. The fact that they find it necessary to advocate for structural changes—changes that would directly harm their own narrow financial interests—demonstrates the systemic nature of the problem they are seeking to fix.

I’m not going so far as to suggest that it makes you a better advocate for climate justice to fly or own a big house. Neither am I arguing against lower carbon lifestyle choices as one strategy among many we can deploy. I am, however, saying that a high personal carbon footprint shouldn’t preclude you from doing your part. And I’m urging you to focus your energies on where you—personally— can have the biggest impact on the structures and society around you. Not only will adopting a more systemic perspective help you to prioritize your efforts. It will also, I believe, undermine a key strategy of those who would hold back progress. 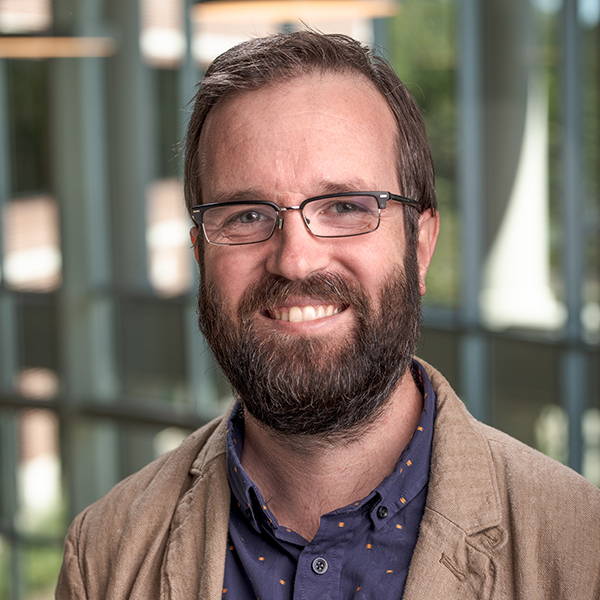 Sami Grover is a green lifestyle blogger and self-confessed eco-hypocrite. He has spent most of his life trying to live a greener lifestyle and has written more than 2,000 articles covering everything from electric bike ownership to peeing on your compost heap. Yet he has only been marginally successful in reducing his own environmental impact. Active in the sphere of good-for-the-world business, he has developed branding projects for clients including Burt's Bees, Dogwood Alliance, and Jada Pinkett Smith. He believes that, in order to make a difference, each of us has to identify our greatest point of leverage and focus our efforts there. He lives in Durham, North Carolina, with his wife and kids. CA. Why You Can Grow Figs In Cold Climates