Part of the secret to growing great oyster mushrooms on straw is pasteurizing the straw. In this excerpt from Mycelial Mayhem: Growing Mushrooms for Fun, Profit and Companion Planting, David and Kristin Sewak explain the basics of pasteurization and the steps for growing oyster mushroom on straw.

Straw is a great medium for growing oyster mushrooms, and when you first get into production growing, straw is the way to go. You get a fast run, so you can basically plan your harvest almost to within a few days. Following is a great method for making “quick” mushrooms and great mulch, and it can done indoors or outdoors. 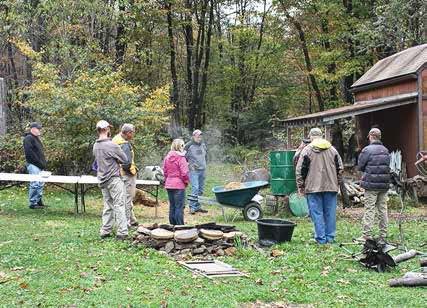 We learned a lot about pasteurization of straw when we decided to sell and market our mushrooms. At first, we tried just soaking bales of straw and then inoculating. Dave read somewhere that all you had to do was fill up a tank (not heated), drop a bale in, put some concrete blocks on it, and let it soak for a couple of days. This method was not the greatest mushroom producer, but it did produce a strained back from trying to get a fully soaked bale of straw out of a tank! It has been known to work well in warmer climates, where the spawn runs faster. It also produced a myriad of other “mushrooms” and molds and ended up being a housing project for crickets, earwigs, slugs, and other critters we did not care to have around our mushrooms and garden.

Here is what we learned about pasteurization after a couple of years of trial and error: You need to pasteurize the straw in hot water. Pasteurizing straw for oyster mushroom cultivation requires you to soak your chopped straw in 160°F water for an hour. We use a turkey fryer burner as our heat source. 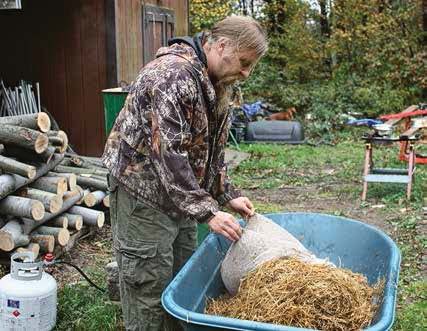 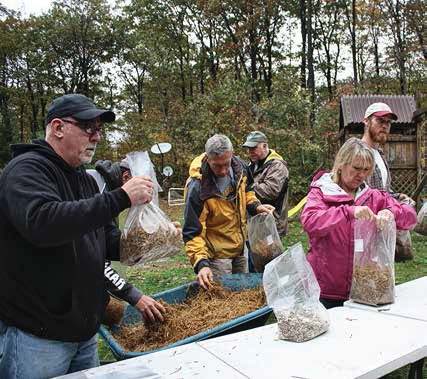 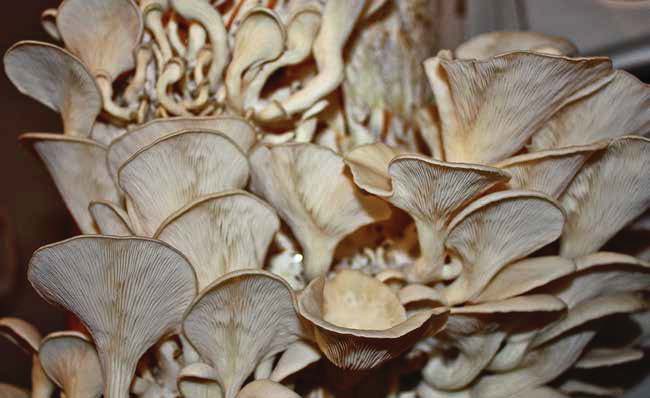 Spring Giveaways are Back! Tips for gardening in the Pacific Northwest with Linda Gilkeson