When you were growing up, what were the messages you received about race, racism, and race relations?

Inside Out, by Caprice D. Hollins, provides a roadmap to workplace and organizational change. It is packed with practical tools for working collectively towards racial justice and dismantling institutional racism. Today, we share an excerpt from the book that talks about the reasons why we don’t know how to talk about race.

Excerpted from Chapter 3: Why We Don't Know How to Talk About Race

When you were growing up, what were the messages you received about race, racism, and race relations? You can think about this question in a couple of different ways. Think about your K-12 education experience. Was race, racism, and race relations a part of the school’s curriculum? A couple of years ago, I was in an elementary school library preparing to facilitate. As I was waiting for teachers and staff to arrive, I decided to pull a book off the shelf. The first book I opened talked about how Native Americans moved to other lands. I thought to myself, well, isn’t that sweet, they just “moved” to other lands. Native Americans didn’t move to other lands, they were forced. In the process men, women, and children were slaughtered, coloring the earth red with their blood.

It wasn’t until graduate school that I began seeking a different understanding of race beyond the racist curriculum and narrative taught by mostly White educators. I desired to know more about the contributions of African Americans beyond Dr. Martin Luther King, Jr., peanut butter, sports, and music. Once I started teaching graduate courses, I expanded my knowledge to experiences and contributions of other ethnic groups. Through my work with my company Cultures Connecting, I began rethinking the language I was using. As a result, I no longer refer to Japanese as being interned but rather incarcerated, I don’t talk about Blacks as slaves but instead enslaved people, nor do I say Whites and Non-Whites when speaking about race dynamics. My language, initially, centered conversations around Whites. You are either White or something other than White, not even valued enough to be named. I share these few examples simply to make the point that I did not begin to examine or challenge what I had been taught until I was a grown adult in my early thirties.

Another way to explore what you were taught growing up is to think about conversations with relatives. What did your parents or grandparents say about people who were different from you? What were conversations like when driving in the car with your family? Did they ever point out differences, and if so, what did they say? Did you ever comment out loud about people who looked different from you, and if so, how did the adults in your life respond? When thinking about the messages you received about differences, don’t just consider what was said verbally. What isn’t said to children is just as important as what is said. If race wasn’t talked about, you were still making meaning of it. You formed thoughts, assumptions, and beliefs not only about people who were different from you, but also about your own groups. You were just left to do it without guidance. What were the messages you received as a child?

Themes tend to come up when I ask people to share what they were taught. Whites tend to tell stories of color-blind thinking— being taught not to notice differences. They commonly share growing up in predominantly White homogenous communities where there were few, if any, PoC. It isn’t until later in life when they leave their town, go off to college, or work for an organization where race is a part of the conversation, that they even begin to explore what it means to be White. When White people do grow up in multicultural communities, even when they are the minority, there are usually no conversations about race. When they are raised by parents who are liberal or more open to diversity, once they reach dating age, they begin to hear contradictory messages and realize their parents didn’t mean for them to embrace diversity in that way.

Sometimes White people will describe having friends of color or growing up in the military. It’s not uncommon to hear “our differences weren’t an issue,” or “it was about survival not race.” Whites should be asking “Was racism not an issue for the PoC in my life, or did they just not talk about it with me? If so, why might that be?” In many cases, PoC don’t talk with their White friends and colleagues because it’s not safe to do so. The subtle and not so subtle ways in which White people give clues as to their perspectives on race leaves many, if not most, feeling it’s best not to waste their breath— or that it’s in their best interest to keep the peace, and sometimes even their jobs.

PoC are having conversations about race and sharing experiences of racism with people who look like them, or with White allies whom they know they can trust. Talking with people who believe that racism is real is much less fatiguing for PoC than working to defend or prove their racial reality. Unfortunately, unbeknownst to many White people, their cross-cultural relationships operate at a superficial level, even when the relationship goes as far back as childhood. This causes them to assume race isn’t important rather than understanding that race is relevant in every aspect of all our lives, White people’s lives included. 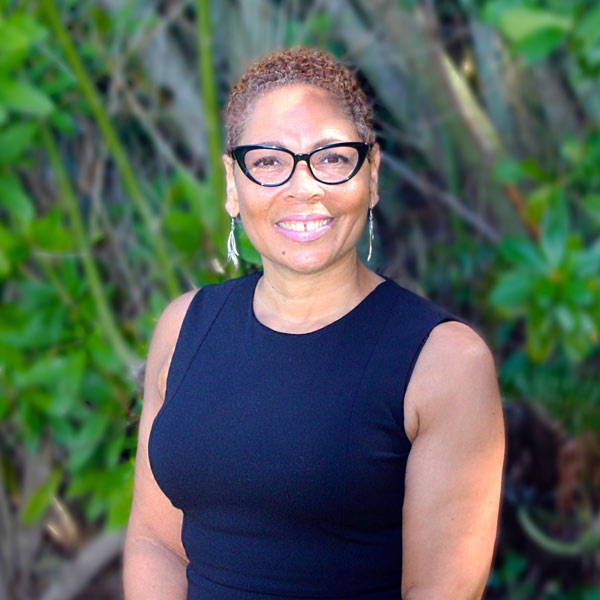 Caprice D. Hollins is co-founder of Cultures Connecting which provides DEIB consulting services to organizations. Caprice holds a Doctorate in Clinical Psychology and is co-author of Diversity, Equity, and Inclusion: Strategies for Facilitating Conversations on Race. She lives in Seattle, Washington. Making the Food System Healthy for People and Planet