In his book, A Brief History of the Earth's Climate: Everyone's Guide to the Science of Climate Change, Steven Earle looks at the natural evolution of the Earth’s climate over 4.6 billion years and discusses why human-caused global warming and climate change is different and more dangerous. Today, we share an excerpt of this book that describes why 1°C of warming matters.

Excerpt from the Preface

Climate change is not coming; it is here now. The indications are clear, all around the world, with new ones coming to light virtually every day. One would need to have lucrative business interests, strong political convictions, or an impressive degree of stubbornness to be comfortable in saying that there is no strong evidence for anthropogenic (human-caused) climate change.

Those who do deny anthropogenic climate change often use the argument that the climate has changed before, and in that they are absolutely correct. The Earth’s climate has been changing one way or another for 4.6 billion years. We have a reasonably good idea of how it has changed, and when, and why. The main natural mechanisms are changes in the sun’s output, evolutionary changes in the lifestyles of organisms, moving continents and colliding tectonic plates, volcanic eruptions, incoming comets and meteorites, and even the Earth’s variable orbit around the sun. Most of these changes have been excruciatingly slow, but some have been fast— even faster than anthropogenic climate change. Some are in the past, but most are still operating, and some of those do affect our climate on a human time scale.

The premise behind this book is that in order to fully understand anthropogenic climate change, we need to understand the Earth’s long history of natural climate change. With just a limited knowledge of how the sun changes, how ocean currents behave, how the Earth wobbles (and why that matters), or how volcanic eruptions affect the climate, we can readily see that none of these natural processes can account for any part of the observed 1°C rise in the Earth’s average surface temperature over the past 60 years. It’s all on us.

Knowing something about past natural climate change is crucial to understanding the processes that are contributing to anthropogenic climate change now, how the forcing mechanisms— such as increased greenhouse gas levels— nudge the climate to a warmer state, and how the feedback mechanisms— such as melting ice— amplify those forcings. That knowledge of past climate changes should also help us to determine how close we are to a tipping point that could send the climate into an altered state, one that we will not be able to control.

Does 1°C of warming matter? After all, nobody really cares if tomorrow is a degree warmer than today. But this isn’t about just one day; it’s about it being 1°C warmer every day (on average). In any year, some days might still be cooler than the long-term average, and others might be about average, but we can expect that most days will be warmer, and some will be much more than 1° warmer, and that can make a huge difference. We can also expect dry places to be dryer and wet places wetter, and storms to be more intense, and of course sea level to rise, because ice is melting.

So yes, 1°C of warming really does matter if your children are starving because your crops have been shriveled by drought for the fourth year in a row. It does if your only supply of fresh water has dried up. It does if your life savings have been wiped out by an out-of-control wildfire. It does if your entire community has been destroyed by a flooding river, or a landslide, or a super storm named for a Greek letter. It does to hundreds of millions of people whose cities, farms, homes, or workplaces are threatened by sea-level rise. It does to an organism that can no longer survive in its ecosystem and has nowhere else to go, or no means to get there. And it also matters— even for those not facing any of these risks— if they have some understanding of the kind of treacherous and unpredictable terrain we’re on here, and how close we might be to the edge of a cliff that we can’t see.

About 20 years ago, at a time when I had only a vague concept of the terrain that is climate change, I was given the opportunity to develop and teach a course on environmental geology. As any teacher knows, there is no better way to learn about something than to try to teach it, and I soon learned that while the Earth, with its earthquakes, volcanoes, landslides, and floods, is a dangerous place to begin with, and that although we have created a wide range of nasty environmental problems, climate change is far more significant and more dangerous than all of the other threats. In fact, unless we come to grips with climate change, every other environmental threat will become largely irrelevant.

One degree of warming matters to me; it matters enough to make me alter my lifestyle significantly, to march around the streets with signs and noisemakers, and to put the time into writing this book. It matters because I can see how 1° of warming has already changed our world; and it matters even more because I fear the unknown terrain that we will be venturing into if we don’t all make some big adjustments to the way we live, and very soon.

Please, let them not say, in 20 years or 50 years, that although we knew, we did not do enough. 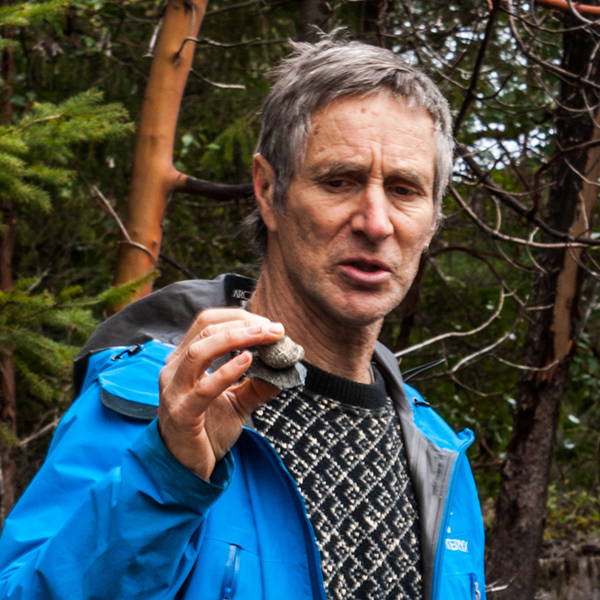 Steven Earle, PhD, has taught university Earth Science for almost four decades and is author of the widely used textbook, Physical Geology. He participates in climate change research and community engagement with climate change solutions in the areas of transport and land stewardship on Gabriola Island, Canada, where he lives with his family.