Richard Heinberg’s latest title, Power is an exploration of humanity's power over nature and the power of some people over others. Power traces how four key elements developed to give humans extraordinary power: tool making ability, language, social complexity, and the ability to harness energy sources — most significantly, fossil fuels. Today, we take an excerpt from Power that explains how Richard started on the journey of writing this book.

Excerpted from the introduction to Power

Many people are searching for a magic formula to save the world from the converging crises of the 21st century. Climate change, economic inequality, air and water pollution, resource depletion, and the catastrophic disappearance of wildlife threaten to upend society while destabilizing our planet to such a degree that it may be impossible for future generations of humans to persist. What if we could solve all these problems with one simple trick?

Don’t hold your breath. A single solution doesn’t exist: it’s not socialism or capitalism, it’s not renewable energy or nuclear power, it’s not religion or atheism, and it’s not hemp. However, I believe there is a single causative agent in back of most of our troubles, the understanding of which could indeed help us emerge from the hole we’re rapidly digging for ourselves.

That causative agent is power—our pursuit of it, our overuse of it, and our abuse of it. In this book, I argue that all the problems mentioned above, and others as well, are problems of power. We humans are nature’s supreme power addicts. Power—the ability to do something, the ability to get someone else to do something, or the ability to prevent someone else from doing something—is everywhere in the human world. We obsess over power in its various forms, from wealth to governmental authority to weaponry to the concentrated energy sources that make modern industrial societies run. We seek power in many ways. But doing so often gets us into trouble. And it may be our downfall as a species.

Seeing the converging crises of this century as problems of power doesn’t change much, in that we’re still left fighting a host of individual battles. After all, recognizing that climate change is a problem of power, as I argue in Chapter 5, doesn’t make it easier for nations to reduce their carbon emissions. Yet it also changes everything. It reveals how our current existential crises are related, and suggests a common meta-strategy for dealing with them. One might think that everything that could possibly be written on the subject of power already has been. At least, that’s what I thought when I began the journey that led to this book. There are thousands of tomes that discuss subjects related to power in one or another of its many manifestations, and hundreds with the word power in their titles. But no book that I’m aware of has systematically examined the sundry forms of power, and investigated how they are related, how they arose, and what they mean for us today.

Perhaps the reason no author has addressed power so broadly is that it is a topic that’s both huge and apparently nebulous. How to make sense of something so incomprehensibly vast and varied? Why even try?

When I started the research that would culminate in this book, I wasn’t compelled by a burning interest in power per se; rather, I was driven to better understand the problems that imbalances and abuses of power have caused. I was determined to find answers to three survival-level questions:

In their essence, these questions had dogged me my entire adult life, though it’s only in the last few years that I’ve been able to distil them down to these few words. As I pondered these questions, it became increasingly clear that reliable answers required a clearer understanding of power in and of itself, since it’s the thread tying together our critical human problems and their potential solution.

What is power? I decided to do a literature search. Not only was I dismayed to find no existing comprehensive investigation of the nature and workings of power, but I began to notice that, in books that discuss it, power is often poorly defined, if it’s defined at all. I wondered if that was because no one had thought to trace the story of power back to its beginnings.

Physicists define power as the rate of energy transfer. That, at least, is a precise definition, and one that enables power to be measured quantitatively. Does it provide a good place to start in better understanding the power of, say, great wealth or high political office? That seemed doubtful at first.

Nevertheless, I already knew the importance of energy in recent history, having written several books about fossil fuels and renewable energy alternatives. Further, one of the most important lessons I had learned during my years of examining these subjects was that, if you want to understand any ecosystem or human society, a good rule of thumb is to follow the energy. I wondered if, by starting with the process of energy transfer and tracing its development through biological evolution and human history up to the present, it might be possible to better grasp what power is and how it works—and, in the bargain, to get a better idea of how to deal with our converging power problems. My goal would not be to reduce the complex world of social power to energy (so that political influence, for example, could be measured in watts), but simply to better grasp how our many forms of power arose and how they relate to one another, and thereby discover if there are indeed solutions to our impending survival dilemmas.

This focus on energy turned out to be a way not just of making power more comprehensible, but also of tying together a wide range of disparate phenomena in fields from cell biology to ecology to psychology to geopolitics. Most importantly, it threw new light on my three questions, leading me to surprising ideas for changing power dynamics, changing our personal behavior, changing our communities, and changing the world.

The third of my motivating questions, the most crucial one, is of course still open. But in the pages that follow I test the widespread belief that the pursuit of power is irrepressible, that bullies will forever be bullies, that the high and mighty will ultimately triumph, and that people in wealthy countries will never willingly give up comforts and conveniences in order to forestall global environmental catastrophe.

Boiled down to its basics, this belief holds that the will to power overwhelms all other human motives. There is evidence to support that belief. As I discuss in Chapter 1, biologists tend to agree that evolution has been driven by the maximum power principle—according to which, among directly competing systems, the one that harnesses available energy most effectively will prevail. Human beings’ pursuit of power is rooted in nature: evolutionary precursors of it can be seen in competition between species for territory and food, and between members of the same species for mating opportunities. Nature is a power struggle.

However, it’s also clear there is more going on, both in nature and in human societies. Evolution has found ways of preventing species from attaining so much power that they overrun environmental limits, and human societies have evolved ways of reining in tyrants, sharing and conserving resources, and limiting inequality. In Chapter 6, I propose a new bio-social principle in evolution—the optimum power principle—to describe these pathways.

Strategies to avert the concentration of too much power, whether in nature or human affairs, are partial and imperfect. They can’t prevent occasional excesses. A case in point: evolution has no precedent for the immense power that humanity has recently derived from fossil fuels. Coal, oil, and natural gas have enabled humans to increase their total energy usage forty-fold in the span of just three human lifetimes—a rate of increase that’s likely far greater than any previous power shift since the dawn of life on Earth. But fossil fuels are finite and depleting resources, and burning them destabilizes the global climate. So, we are left in a precarious spot: we will have to adapt at an unprecedented pace to limit this excess power, or risk societal and ecosystem collapse.

Help may come from an unexpected source. Beauty, compassion, and inspiration can influence or motivate human behavior. In a sense, then, these are powers too—though of a kind fundamentally different from the political, military, and economic powers that run our world. Yet, as we will see, beauty has helped drive biological evolution, and transcendent qualities of human character have shaped history. If we are to survive this century, we may need to rely on and develop these powers as never before.

Again, there is no silver bullet here. Even though I suggest specific ways of limiting power that could address the main crises of our time, I can’t promise that these suggestions are politically realistic or likely to be implemented. What’s the point, then? By better understanding power, I believe we can gain a clearer view of the human condition, reaping not just knowledge, but perspective and perhaps even wisdom. 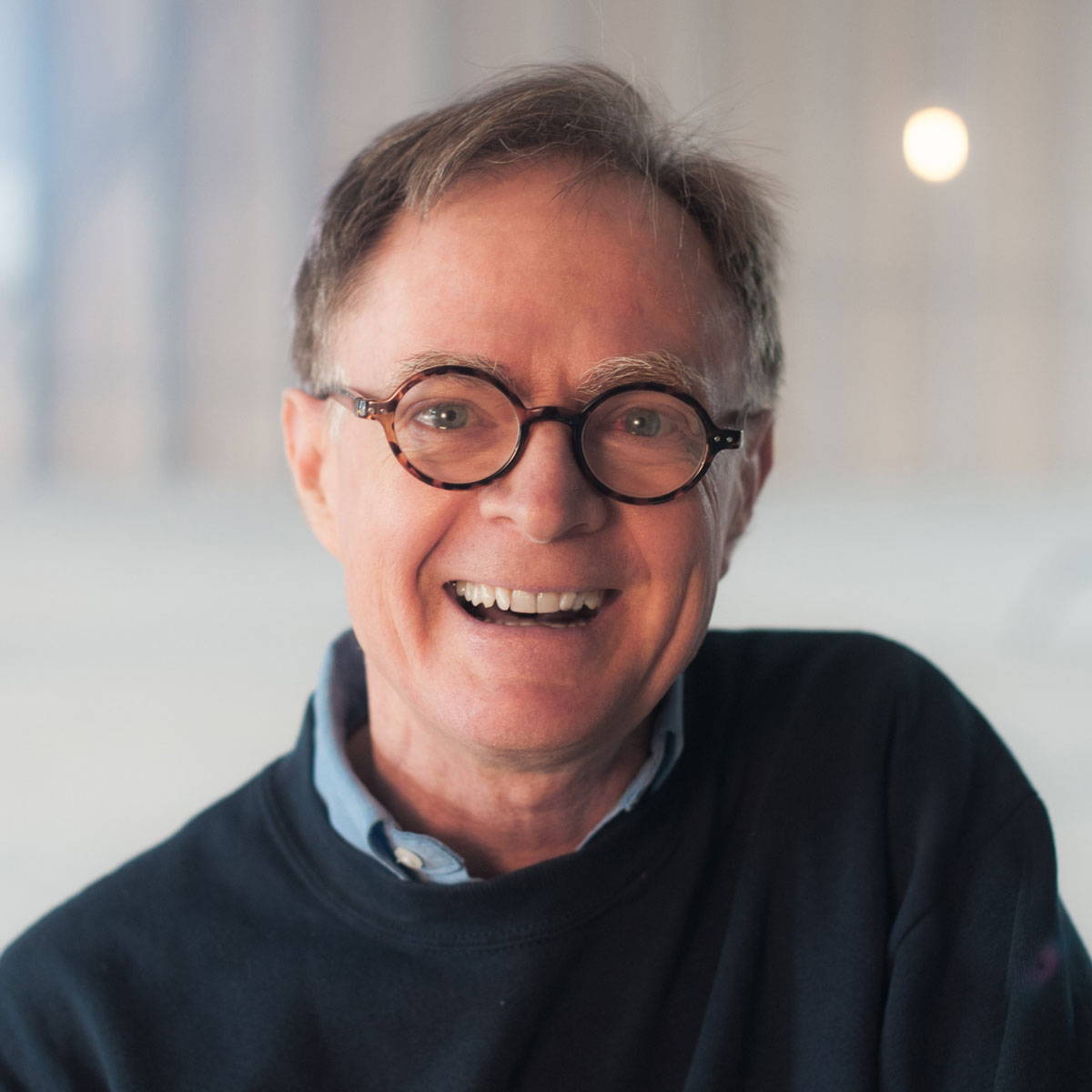