In his book, Wild Plant Culture, Jared Rosenbaum talks about integrating restoration practices, foraging, herbalism, rewilding, and permaculture. This book is both a practical guide and an evocative read that will transport you deep into the natural landscape. Today, we share an excerpt from the book that looks at plants and the relationships they have with other things.

Excerpt from Chapter 2: Plants in Relationship

I believe that we can practice ecological restoration in a way that explicitly addresses the human animal’s need for sustenance and relationships.

Without relationships, individual parts lack meaning. Consider an example from the world of native plants and wildlife. Cardinal flower is a stunning wildflower whose blooms have long red tubular corollas with a sweet nectar reward at their base. Ruby-throated hummingbirds have long tongues and bills that can reach deep into the scarlet flowers to retrieve sustenance. Cardinal flower feeds hummingbird, and hummingbird helps effect reproduction for cardinal flower. Without each other, each one is decontextualized, strange. It is actually the relationship that is emergent and meaningful.

There are many broken relationships in our ecologically devastated world, but perhaps the most broken of all is our relationship with the rest of the natural world. Therefore, a potent ecological restoration practice doesn’t just repair “nature”—with the human realm edited out—but explicitly focuses on relinking us errant, individualistic, decontextualized animals to each other and to the living Earth of which we are a part.

Gaia theorists describe the Earth as a biogeochemical entity that creates the conditions for its own persistence, with life itself maintaining the oxygen content of the air, the salinity of ocean water, and the water cycles that seed the clouds with rain.

Plants are the primary converters of the sun’s energy into sustenance for all the other terrestrial life on the planet, and important components of the cycles that maintain the atmosphere and the infiltration and transpiration of water. Plants mediate the energy of the sun and make it available to all other life on the planet. Much of the oxygen we breathe comes from plants. They supply fuel, food, shelter, clothing, medicine—all of life’s essentials. As animals, it is our doom and our gift to live off the work of others, consuming plants, or herbivores that process plants for us. Like all gifts, it is one we have an opportunity to reciprocate.

Because plants are so important to planetary flows of energy, water and gases, as well as to our basic needs as animals, many of the problems civilized humans have created can be addressed with plants.

Imagine you are standing in a tall grassland in late summer. Indian grass is head high—you are face-to-face with its seedheads. Run your hand up the stem and your palm fills with golden seeds as you strip the narrow panicle, spikelets shedding easily, seeds begging to be dispersed. Interspersed among the tufted grasses, you see the candelabra blooms of showy goldenrod, the intense purple disks of late purple aster, and the already dry seedheads of wild bergamot, with their thyme-like aroma volatilizing in the heat. Migrating monarch butterflies are nectaring at the asters while a throng of bumblebees visits the goldenrod’s yellow spikes.

A beautiful place, and one deeply important to solving the problems of our time.

The roots of Indian grass reach at least ten feet into the earth. Grasslands are extremely productive of soils, and some prairies had 100 feet of topsoil before being destroyed by John Deere’s plow.

A single acre of intact grasslands can sequester two to five tons of carbon per year. Plants take what is one of the biggest problems of our time—excess atmospheric carbon—and turn it into sugar.

Plants can be likened to carbon straws that pull gasses out of the atmosphere and into the soil, uptake water and minerals, and fuel it all with sunlight.

These sugars, simple and complex, are used to build plant tissues, and to feed the soil biome that supports plant growth. Some of that carbon ends up in plants, some in the digestive tracts of aboveground animals. A lot is exuded into the soil to support bacterial and fungal communities that return the favor by providing water and nutrients to the plants.

So: reducing fossil fuel emissions is critical. We don’t want to be adding to the problem. However, the ultimate goal is the replacement of carbon into terrestrial pools in soils, flora, and fauna.

That’s what plants do. They are a 100% solar-powered, pollution-free, renewables-based, honed over millions of years solution to excess atmospheric carbon.

Those Indian grass seeds in your hand? There are many places in this country they could go. Forty-five million acres of turf grasses, shorn for monocultural lawns. One hundred million acres of road medians—about the same amount of space as all the state and national parks combined! We also have over 900 million acres of farmland, largely in annual crops. Much of it conventionally farmed, not very biodiverse, not building soils. Imagine that land restored to native plant communities that sequester carbon more effectively, while providing food, medicine, and nature connection for people. 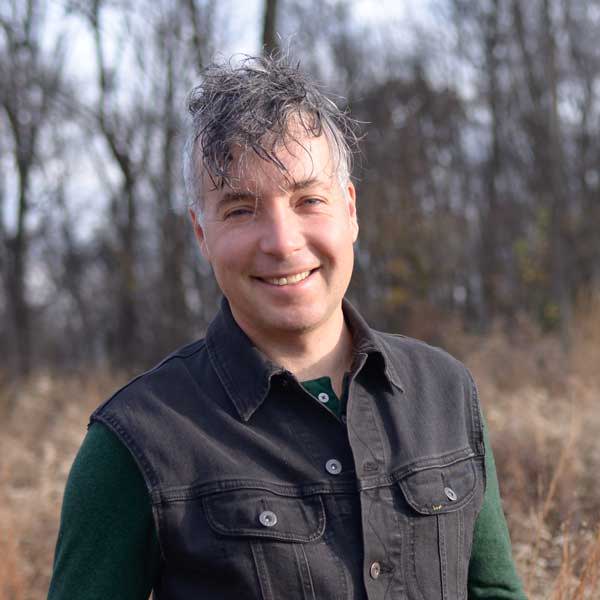 Why We Don't Know How to Talk About Race