What are the most effective changes that consumers can make today to better support social and environmental responsibility or ethical consumerism?

If you want to get the most bang for your buck as an ethical consumer there are three brand new charts in this edition that include the most effective ways the three most effective ways that consumers can make a difference with their dollars: changing where you get your news, changing which big tech companies you support, and changing how are you engage with the issue of climate change.

First, where you get your news about what is going on in the world is arguably more important than any other change you can make, because it shapes your understanding of reality in such a fundamental way. In this latest edition, for the first time, the methodology used to rate consumer product companies has been applied specifically to analyze media organization. There are three tables at the very beginning of the guide that include news sources on the left like VICE (B), news sources on the right like The Weekly Standard (B), and the least biased news sources in the center like NPR (A). Whether you prefer your news to lean politically in one direction or another, you prefer to examine at all sides to a better understand what is going on, or you prefer just to have the least biased news available, these ratings should help you increase the overall quality of the news you consume, which in turn should help you more clearly understand the world around you.

Second, the global pandemic made very clear to everyone how much we rely on big tech companies to stay connected, to stay educated, and even to get our work done every day. Whether it’s what kind of computer/smartphone/tablet you use, or what kind of social media you engage in, or what kind of platforms you organize your work/school meetings on, the area of big tech includes companies with very different track records: from Apple (A) to Zoom (C) to Facebook (F). Supporting big tech companies that are behaving responsibly should allow you to make a significant impact whenever you have a choice in the matter.

And finally, and perhaps most importantly, climate change needs to be at the forefront of our consumption decisions. This new chart will help you more holistically consider the many ways that you can contribute to the collective solution of the problem of climate change. This table includes everything from which electricity company you use, to where you gas up your car, to what kind of food choices you make, to what kind of improvements you can make in your home. All of these efforts add up to the creative way we will solve this climate crisis together.

Your book talks about the idea that “every dollar is a vote” - explain what you mean by that.

The phrase “every dollar is a vote“ is a quick way of noting how we need to rethink the way we understand our economic power to align more with the way we understand our political power. Just as our votes in any given election are an expression of our political voice, how we spend our money is an expression of our economic voice. For ethical consumers, when we purchase a product or service, it’s not just about the prices and colors and flavors and styles that we prefer, but it also includes the understanding that our dollars support the behaviors of companies and their increasingly significant social and environmental impacts on our world.

By wielding our dollars as economic votes we communicate directly to companies how we feel about their corporate practices. Companies will do anything to continue getting our dollars. And in this way, we can persuade companies that in order to earn our dollars they need to take social and environmental concerns more seriously. In fact, this is already happening. At the moment, every company that you can name creates an annual corporate sustainability report that catalogs all of the ways in which they are committed to being more sustainable. Of course, much of these reports are pure greenwashing (talking the talk but not walking the walk), which is much less expensive for most companies than actually pursuing the needed social and environmental changes. But the fact that every company agrees that they now must respond to issues like sustainability means that the collective message that we are sending as ethical consumers is being heard loud and clear. The key, at this point, is to convince them that they can not fool us with fancy PR campaigns and glossy advertisements – this latest edition of the shopping guide should help us do just that.

What other small steps can people take to create a better world?

There are a number of ways that people can take steps toward building a better world besides just improving their own shopping habits.

First, consider shifting your investment portfolio to include more highly rated companies and remove the lowest rated companies. This is another way to communicate directly to companies in a way that they can understand (their stock prices). Already there are estimates that over $1 trillion is invested in socially responsible ways. You can be a part of that as well.

Second, consider extending your ethical consumption footprint to your workplace, your school, or your place of worship. In this way, you can multiply the impact of your ethical choices in a way that you would never be able to as an individual consumer.

Third, if you are particularly motivated to understand the multitude of ways that you can engage in building a better world, consider getting a hold of a copy of The Better World Handbook, a book that I co-authored before I got started with The Better World Shopping Guide. It provides more than 200 actions you can take that will make a difference, organized by areas like: food, money, family, work, home, travel, community, media, and transportation.

How do you urge citizens to think of themselves as citizens, and not as consumers?

In the long run, we need to reinvent our role as citizens. This won’t be easy, but it is absolutely necessary.

We need to understand that we are citizens of our local communities, our cities, our states, our countries, and the world (global citizens). We should be considering at least two or three ways that we can engage at every one of these levels, making sure that our voice is heard and that we are listening to the voices of others along the way.

We also need to understand that we are not just citizens in the traditional political sense. We are also economic citizens, environmental citizens, social citizens, and information citizens. Accordingly, we need to generate ways that we can take on these roles as citizens more directly. In my own work as a professor, for example, this work on ethical consumption has begun to expand to include teaching about ways that we can be better informed citizens and better political citizens.

Inspired by the questions and concerns of my own students as they grapple with the ways they can contribute to a better world, this broader understanding of our role as citizens has resulted in two smart phone apps. Voter Glass generates honesty report cards for politicians both right and left so that we can begin rebuilding our democracy based on representatives who have a clear, verifiable, track-record of telling the public the truth, despite their left or right political orientation.

The other student-inspired app, Media Glass, allows people to understand which news outlets emphasize fact based reporting in a world of misinformation. This allows people to take on their role as information citizens more seriously and reward those media companies that are most committed to giving us fact-based news about the world rather than manipulating our worldviews in ways that may make them a quick buck.

I’ll keep you posted as I generate more ways to engage our expanded role as citizens. 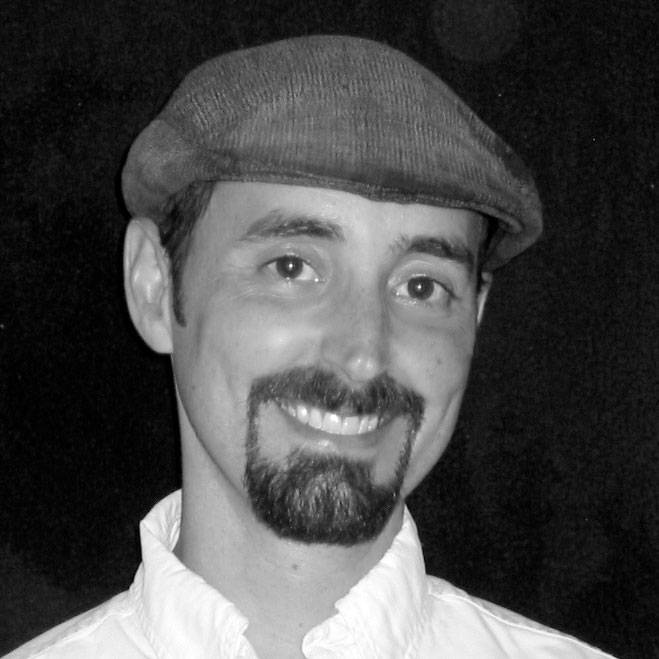 Ellis Jones, PhD, is the award-winning author of the bestselling editions of The Better World Shopping Guide and co-author of The Better World Handbook. A scholar of social responsibility, global citizenship, and ethical consumerism, he gives presentations across North America, Europe, and Asia empowering people to make a difference. Ellis is currently an Assistant Professor in the Department of Sociology and Anthropology at Holy Cross College in Worcester, MA, where he focuses his energies on bridging the gap between academics, activists, and the average citizen. Why 1°C of warming matters