Robert Pavlis, author of Plant Science for Gardeners, talks about the topic of gardening and how to do it in the context of climate change.

By now, nearly everyone has heard about climate change and its consequences. Global warming is often equated with climate change, but climate change goes beyond increased average temperatures, and includes the increased frequency of abnormal precipitation and wind patterns. The term “weather” is also often used interchangeably with “climate,” but “weather” refers to the short-term state of the atmosphere, and “climate” is a region’s long-term average weather conditions.

Climate change is already affecting everyone in subtle (and not-so-subtle) ways, and gardeners are no exception. Plants rely on the environment for signals relating to the timing of growth, flowering, reproduction, and dormancy. Higher average temperatures can confuse plants – spring blooming shrubs bloom earlier and wilt sooner in the season, spring bulbs could finish blooming and die back sooner than expected, and summer-blooming plants might start blooming too early.

Of course, climate change results in other abnormal weather as well, not just warmer temperatures. This means that spring weather can be abnormally cold, dry, or rainy; or shift between cold and warm and wet and dry. These sudden shifts stress plants when they’ve just begun growing and are at their most fragile. Plants can become so stressed they wilt, slow their growth, or die back. Shrubs and trees may break bud dormancy too early, increasing the risk of damage from spring frost. There are a few upsides to warmer and cooler weather though: spring plants bloom for longer in cool weather, and summer and autumn plants can continue growing and blooming much later in the season.

As noted in Plant Science for Gardeners, “Gardening relies heavily on timing, and gardeners are always keen to create a succession of flowers for multi-season interest. Scientists compared today’s flowering times for woodland plants near Concord, Massachusetts to the times recorded in Henry David Thoreau’s famous book Walden and found that plants are now flowering about 18 days sooner than in the mid-1800s.”

It’s a bit early to measure the cultural impacts of climate change, but it’s possible that various regions could eventually lose iconic native plants – imagine if Southern Ontario becomes too hot and dry for trilliums! All of these changes may eventually influence where plants can be grown, altering plant selection. Plants may get reassigned to be grown in different regions by horticulturists, botanists, and nurseries. It might be possible to eventually grow plants from much warmer regions in colder climates, or for the already established gardening zones to change as extreme regional temperatures shift.

Even in the garden, plants are part of a wider natural system. Climate change is a threat to our favourite plants because of the potential impacts to local ecological processes. For instance, invasive species could colonize new areas or become even more aggressive if the conditions shift to become more favourable to them. A good example of this is the popular miscanthus grass. Most cultivars do not set seed in zone 5 because the summers are too short, and so it is not an invasive problem there. However, in zones 6 and warmer, it is starting to become a real problem.

Non-plant species also have relationships with plants – including insects, birds, and mammals – that are key to plant reproduction. Changes in temperature and moisture can alter flowering times, causing pollinators to arrive too early or too late to fertilize the blossoms. Some species are so specialized that they rely on a specific plant to complete their life cycle. The symbiotic relationships between plants, insects, and animals are imperative to the success of gardens and the overall health of ecosystems. Climate change poses a direct threat to these relationships.

What Can Gardeners do About Climate Change?

Aside from limiting our ecological footprints at home and at work, gardeners can take specific approaches to make their gardens more resilient to climate change, as well as more climate-friendly overall.

Plants, especially trees and shrubs, are key to mitigating climate change as they reduce the CO2 in the air. Larger plants take up more CO2 than small plants. The more leafy plant material a garden produces the better it performs for reducing CO2 levels. Growing lots of vigorous plants rather than a sea of turf grass is already an improvement.

Common gardening habits like tilling the soil are bad for soil health and for the environment. Tilling not only destroys important soil structure, but it adds excess oxygen to the soil. This increases microbial activity, which uses up the stored carbon and releases CO2. This is a major problem with modern day agriculture; a shift to no or low-till methods would make an enormous difference. There is no reason for gardeners to till their soil, except maybe in year one when they are making a new garden, and even that can be done in a better way using sheet mulching.

Gardeners have a habit of fertilizing gardens that don’t need to be fertilized, and I am referring to both synthetic and organic fertilizers, including manure and compost. Over-use of these materials can contribute to climate change; unless you have a known, specific nutrient deficiency, you probably do not need to fertilize. Vegetable gardens and containers are a bit different. I grow about 3,000 different types of plants and don’t fertilize any of them. I do add a bit of nitrogen to the vegetable garden because I have a short growing season and want faster growth, and I fertilize containers because they get watered a lot.

Hardiness zones have changed in some areas. Since 1900, global warming has increased by about 1 °C (1.8 °F). Although this change in climate is significant, it is not very large compared to the range of hardiness zones, and in many regions you will not see significant changes in the plants you can grow.

Another thing to consider is that hardiness zones are based on average annual lows. If climate change results in more extremes, you’ll likely also experience more extreme lows, negating any general warming trend.

So, what is a gardener to do? The answer lies in diversity, which is how nature copes with environmental change. Planting different species and varieties of plants reduces the extent of damage to your whole garden from sudden and extreme shifts in weather or new pests and diseases. More diverse plants also support a wider range of beneficial insects and pollinators that will keep your garden blooming for years to come.

Choosing plants that are more flexible to different conditions can make gardens more resilient. Some examples are riparian plants that have adapted to alternating periods of flooding and dryness, drought-tolerant plants from grasslands and savannahs, high elevation plants, or even plants found in harsh environments like screes and alvars. Some garden plants tolerate a wider range of conditions compared to others, and may be safer to plant than ones that prefer a very narrow range of conditions.

Many people promote native plants, and they can be a good choice. But it is important to understand that native plants cover a wide spectrum of requirements. Some are easy to grow, others are very difficult to accommodate. Natives can also be aggressive spreaders that you really don’t want in a garden. Pick natives based on plant qualities, not because they are native. And remember climate change will also make it harder for some natives to remain native where you live. My aspens, for example, are slowly dying out. 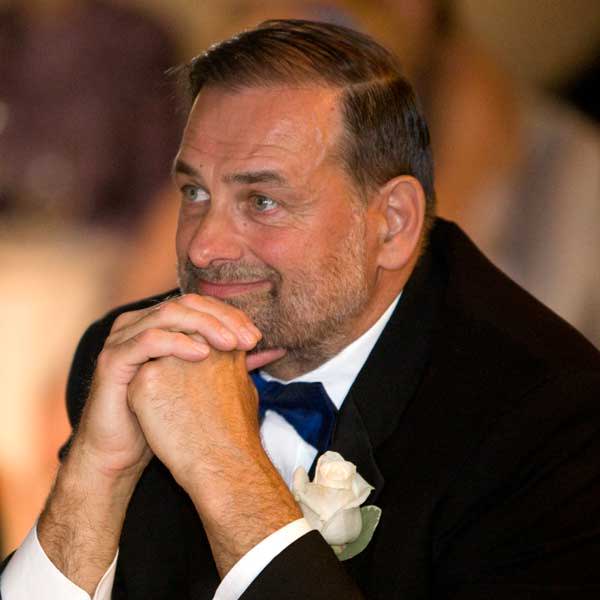 Robert Pavlis is the owner and developer of Aspen Grove Gardens, a 6-acre botanical garden that features 3,000 varieties of plants. Specializing in soil science, he has been an instructor for Landscape Ontario and is a garden blogger, writer, and chemist. He resides in Guelph, Ontario.